The Power of Physical Metaphors 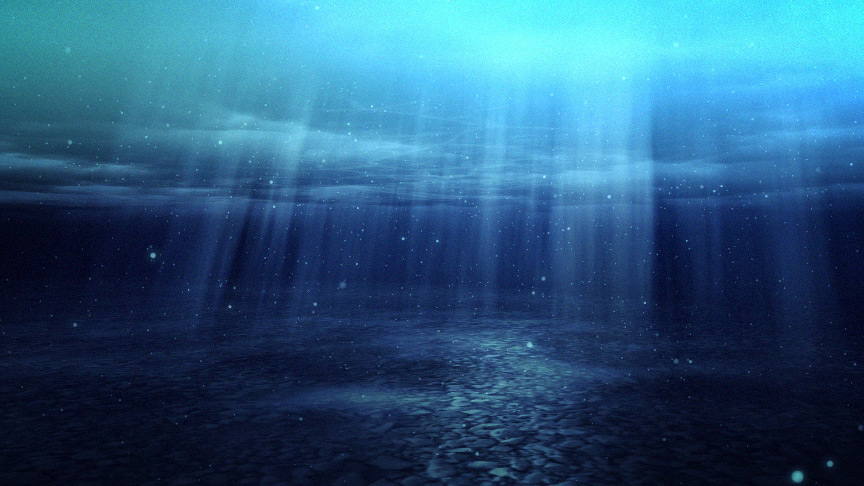 Milton Erickson was justifiably famous for his use of the therapeutic metaphor. He was also well known for his ground breaking use of what have been called therapeutic task assignments or physical metaphors… getting his client to do something of a physical nature, outside of the therapist’s office, that would have metaphorical implications. An example of this would be asking his client to “go climb Squaw Peak” (a tall mountain in Phoenix). His clients would come back with a profound learning that was unique to them.

Dr. Bill Baker and his partner Dr. Terry Henderson have used this paradigm for years now leading people through the learning experiences of a ropes course – a series of physical challenges like climbing to the top of a 40 foot pole and leaping for a trapeze (all the while safely tethered into a harness, of course). The participant’s metaphorical learning is enhanced and perhaps ensured by the skillful guidance of the two masters.

By the way, most people have absolutely no clue this experience has any relation to Hypnosis. They just make big changes and remember their lessons forever.

This is Dr. Baker’s story.

The Power of Physical Metaphors

There I was, 60 feet up on the side of a rock, totally stuck! I could not see anything to hold or to step onto; I saw nothing in front of me but the sheer face of the rock. Everyone on my team had already climbed to the top, even those who were not as strong or experienced as me. How had they been able to do this while I am helplessly stuck?

I was in the middle of a 21-day Outward Bound program which taught their philosophy of making personal changes by participating in outdoor challenges. My nine teammates included educators, therapists, and other professionals. I had trained for months to get ready for this experience. I never considered that the program would be too tough for me…until that moment.

I remember suddenly thinking of spending the night on the side of the rock – the humiliation, the cold, the pain of the harness cutting into my thighs. In desperation, I decided to grab any crack I could find, and if I fell, I would trust the rope would catch me. I gingerly moved my foot up to the next jut, which was almost invisible in the rock. Amazed as it held, I shifted my weight up. From that point on, each step became increasingly easier, all the way to the top.

Later that night, as our team discussed the day’s activities around the campfire, our leader’s first question was, “How did your experience of rock climbing resemble other parts of your life?” Examples flashed across my mind – from relationships, work, school. In nearly every part of my life, I had experienced being just as stuck as I had been on the side of that rock.

His next question led me to make the one of the most powerful changes I ever experienced: “How can you use what you got on that rock to improve other parts of your life?” I remember making an immediate decision to take the risks necessary to move toward the things I wanted in my life, rather than live motivated by comfort and security. That experience on the side of the rock wall made a fundamental and lasting difference in my life.

Prior to that summer some 28 years ago, Dr. Terry Henderson and I (both of us were therapists at Oklahoma State University) had been studying alternative approaches to psycho-therapy. We had previously studied with John Grinder and Richard Bandler, who founded NueroLinguistic Programming, and had the opportunity to spend time with Dr. Milton Erickson in Arizona before his death. That summer, we were experimenting with a new adventure program called “the ropes course” which is now more commonly referred to as a challenge course. We weren’t sure why, but people going through the program were making remarkable changes in their personal lives.

We decided to investigate other such programs so we could design a new kind of physical challenge experience which would utilize the most beneficial aspects of “adventure programming.” What we discovered (through programs such as the Colorado Outward Bound experience) was that these adventure programs were somewhat similar to the metaphors told by Erickson and others. We determined to create metaphor-like activities in which people could physically participate in unfamiliar activities within a foreign environment, where they can select more creative behavioral choices than ever before. We had discovered the power of the physical metaphor!

Terry and I decided to establish our own “adventure program,” one which would use all kinds of physical metaphors to create break-through learning experiences. Most approaches to education and therapy attempt to change behavior by changing the thought or emotional patterns which precede it. As a result of those changes, it is argued, the behavior will change. The beauty of the physical metaphor is that it allows for a change of behavior first; the thought and emotional processes catch up later and then generalize the new behavior to even more situations.

Physical metaphors, which include outdoor adventure, are excellent tools for making change not only in the individual, but also in business organizations. Trust, teamwork, communication, confidence building, problem solving and leadership are all areas in which physical metaphors can create breakthrough learning. By changing from the familiar corporate boardroom to an outdoor “playground,” executives confront the futility of unproductive behaviors, attitudes, and make new distinctions and decisions better suited to reach their outcomes.

So how do physical metaphors create change? When we find ourselves in challenging situations, whether approaching a potential business client or starting new relationships, we typically replay old patterns. Often we don’t even consider whether those patterns get us what we want or not – we simply opt for our familiar, comfortable ways. Physical metaphors can serve a very powerful function – interrupting habitual patterns of behavior. But the real value of physical metaphor lies in its ability to generate and install positive patterns to replace old unproductive choices. The more unfamiliar the task (jumping for a trapeze from a standing position on top a 50-foot Power Pole while wearing a harness and tethered to a safety rope, for example), the more open a person is to trying new patterns. People discover they must discard old, useless behavior and replace it with something fresh and creative.

What is fascinating to observe is the exact same Power Pole activity affects everyone in different ways. Upon reaching the top of the pole, some people have no idea of how to stand on top, and learn they must develop a plan thoroughly from start to finish. Others realize that the plan they thought would help them stand on top is not working, and they need to be flexible when meeting unforeseen obstacles. Still others, standing on top with their body shaking the entire pole, discover it is more frightening to jump into the unknown than to leave a place they know…and hate! No matter how the metaphor is interpreted, the learning can be dramatic.

Another important aspect of the physical metaphor is that people find their own solutions – rather than being told what to do, they create new answers for themselves. This process serves to “awaken” courage and creativity and empowers individuals to reach their full potential.

Some time ago, a woman who had been married three times, had not held a job longer than 18 months, and was entering treatment for alcoholism for the third time, participated in one of my courses. Four times she attempted to walk across a balance beam suspended one and one half feet above the ground; each time as she reached the halfway point, she stepped off. I suggested that she imagine where each step might land on the beam the entire distance before taking the first step. Frustrated and yet eager to finish the beam, on her fifth try she proudly walked all the way across. Jumping off at the end, laughing and crying, she exclaimed that this was the first time she had ever finished something she started, because she took the time to think it though to completion!

Danger, or at least the perception of danger, does a great job of engaging a person’s mind. Jumping off a 50-foot high pole or rappelling down a 250-foot high cliff quickly captures the full attention of the conscious mind! They are activities whose “solutions” are not found as a result of conscious mental activity; participants must change their internal state by changing their focus of attention, thereby allowing new behaviors to arise. When people empower themselves in this way, they take charge of their own lives, creating what they need to get what they want.

Physical metaphors utilize the principle of Learning by Doing – the idea that people learn best as a result of their own experience. Can you imagine trying to teach someone to ride a bicycle using only pictures and verbal instructions? Upon completing the physical metaphor activity, the person has already performed a new, problem solving behavioral pattern, which they can apply to “real-life” problem situations. And new behaviors, just like riding a bicycle, become ingrained in the body for a lifetime. The body remembers what the mind forgets!

In working with physical metaphors to create lasting change, our purpose is to help individuals and organizations “wake up” their courage and creativity and to use it to empower themselves. When used in a learning environment which incorporates fun, excitement, novelty and immediate rewards, the potential of physical metaphor to create change incredible. 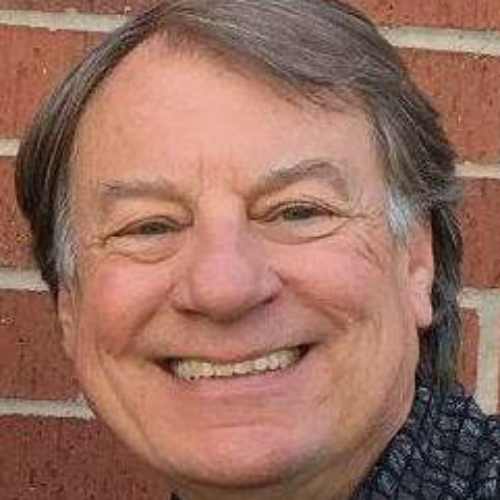 DR. WILLIAM D. BAKER is the Managing Partner of VENTURE CENTRE, LLC, providing training and consultation in teambuilding and leadership development. Dr. Baker is in high demand as a Personal Results Coach, with a specialty of assisting entrepreneurs who are committed to making their business more efficient and profitable.

Dr. Baker was a graduate of the first intensive training certification conducted by John Grinder and Richard Bandler in 1979, and has worked with the Anthony Robbins Companies for nearly 19 years delivering experiential activities to complement classroom instruction. He created one of the nation's first outdoor adventure program in the field of organizational development in the mid 1970's. Dr. Baker earned Bachelors degrees in Business Administration and Economics, a Masters in Counseling Psychology and a Doctorate of Education in Applied Behavioral Studies. He lives in Boulder, Colorado with his wife and two daughters, and can be reached at billbaker@lead-on.com.