Presuppositions relate to unconscious beliefs or assumptions embedded in the structure of an utterance, action or another belief; and are required for the utterance, action or belief to make sense. According to Merriam-Webster’s Dictionary, to presuppose means to “suppose beforehand” or “to require as an antecedent in logic or fact.” The term “suppose” comes from Latin, and literally means “to put under” from sub (“under”) + ponere (“to put”).

Linguistic Presuppositions occur when certain information or relationships must be accepted as true in order to make sense of a particular statement. For example, to understand the statement, “As soon as you stop trying to sabotage our therapeutic efforts, we’ll be able to make more progress,” one must assume that the person to whom the statement is directed already has been, in fact, trying to sabotage the therapeutic efforts. The statement also presupposes that there is some kind of therapeutic effort being attempted and that at least some progress has been made. Similarly the statement, “Since they leave us no alternative, we must resort to violence,” presupposes that no alternative, in fact, exists and that “they” are the ones who determine whether there are alternatives or not.

Linguistic presuppositions are typically explored or challenged in NLP by asking, “How, specifically, do you know that?”

True linguistic presuppositions should be contrasted with assumptions and inferences. A linguistic presupposition is something that is stated in the body of the statement itself which must be ‘supposed’ or accepted in order for the sentence or utterance to make sense. In the question, “Have you stopped exercising regularly?” for example, the use of the word stop implies that the listener has already been exercising regularly. The question, “Do you exercise regularly?” has no such presupposition.

The authorities prevented the demonstrators from marching because they feared violence.

The authorities prevented the demonstrators from marching because they advocated violence.

The two statements have exactly structure, with the exception of the words “feared” and “advocated.” Depending on which word is used, we assume that the term “they” refers to either the “authorities” or the “demonstrators.” We are more likely to think that it is the authorities who fear violence, and the demonstrators who advocate violence; but this in not presupposed by the statement itself. It is assumed by us as listeners. Both sentences presuppose that there were demonstrators who were planning to march, but that is all.

An inference related to the two statements above would be that “the demonstrators and the authorities were not the same group of people.” Inferences relate to logical conclusions which are made that are based upon the information provided by the statement. Presuppositions, assumptions and inferences all reflect beliefs and values, but in different ways.

In The Structure of Magic Volume I (1975) NLP founders Bandler and Grinder identify twenty-nine different forms of linguistic presuppositions.

Epistemological presuppositions are deep, and often unstated, beliefs that form the foundation of a particular system of knowledge. As the foundation of an epistemology, they must be “presupposed,” and cannot be proven. In fact, they are the fundamental assumption upon which all of the other concepts and ideas within the epistemology are “proven.” Euclid, for example, built his entire geometry upon the concept of the ‘point’. A point is defined as ‘an entity that has a position but no other properties’ – it has no size, no mass, no color, no shape. It is of course impossible to prove that a point really has no size, mass, color, etc. However, if you accept this presupposition, along with a few others, you can build a whole system of geometry (i.e., “A line is the shortest distance between two points,” “A ‘rectangle’ is four lines connected together at equal angles,” etc.). The conclusions of this system can then be ‘proved’ with respect to their adherence to the fundamental but unproven concepts. It is important to realize that one does not have to accept Euclid’s assumption about a point in order to create a geometry. There are other geometries based on different presuppositions. For instance, MIT mathematician Seymour Pappert (1980) built his fascinating ‘Turtle geometry’ for children substituting the notion of a ‘Turtle’ for a ‘point’; a ‘Turtle’ being an entity that has a position and a direction.

The fundamental presuppositions of NLP form the basic epistemology upon which the methodology and technology of NLP is built. They are like the fundamental concepts of Euclidian geometry. And, similar to Euclid’s notion of a “point,” the basic presuppositions of NLP cannot be “proven” in any objective fashion. You cannot objectively ‘prove’, for instance, that there really is a “positive intention” behind a particular behavior; that is why it is considered a ‘presupposition’. Similarly, one cannot ‘prove’ that the ‘map is not the territory’ and that ‘there is no one right map of the world’. These are part of the basic ‘epistemology’ of NLP – they are the basic beliefs upon which the rest of the model is based.

Thus, accepting the presuppositions that ‘the map is not the territory’ or ‘behind every behavior is positive intention’ is ultimately an act of faith. If we accept these presuppositions, then we will find or create them in our experience, rather than waiting for the proof that they are “true.”

Like many other aspects of NLP, the basic NLP Presuppositions have been synthesized from many different fields: general semantics, transformational grammar, systems theory, cybernetics, pragmatism, phenomenology, and logical positivism. The essential epistemological presuppositions of NLP can be summarized as follows:

All of the models and techniques of NLP are based on the combination of these four principles. They form the basic framework upon which NLP is built. According to these presuppositions, wisdom, ethics and ecology do not derive from having the one ‘right’ or ‘correct’ map of the world, because human beings are not be capable of making one. Rather, the goal is to create the richest map possible that respects the systemic nature and ecology of ourselves and the world in which we live.

To explore the impact of different epistemological presuppositions, try out the following exercise:

The fundamental Presuppositions of NLP form the basic epistemology upon which all the rest of its methodology and technology are built. NLP presuppositions are like the core concepts of Euclidian geometry. They are the primary ideas and assumptions from which everything else in the field is derived. They form the philosophy behind all of the NLP models, distinctions and techniques.

The following is a summary of the basic presuppositions of NLP, and their corollaries.

The Map is not the Territory.

Life And ‘Mind’ Are Systemic Processes. 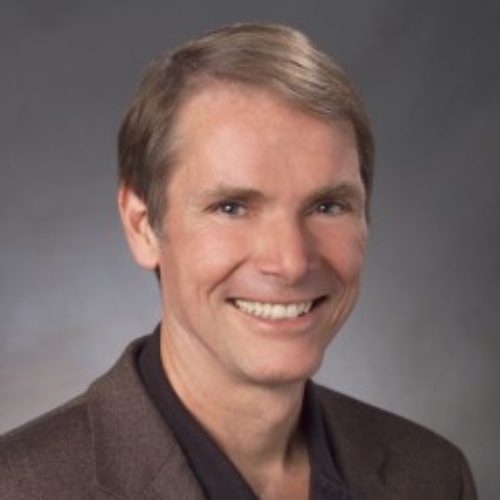 About
Robert B. Dilts

Mr. Dilts has been a developer, author, trainer and consultant in the field of Neuro-Linguistic Programming (NLP)—a model of human behavior, learning and communication— since its creation in 1975 by John Grinder and Richard Bandler. A long time student and colleague of both Grinder and Bandler, Mr. Dilts also studied personally with Milton H. Erickson, M.D., and Gregory Bateson. In addition to spearheading the applications of NLP to education, creativity, health, and leadership, his personal contributions to the field of NLP include much of the seminal work on the NLP techniques of Strategies and Belief Systems, and the development of what has become known as ‘Systemic NLP’. Some of his techniques and models include: Reimprinting, Integration of Conflicting Beliefs, Sleight of Mouth Patterns, The Spelling Strategy, The Allergy Technique, Neuro-Logical Levels, The Belief Change Cycle, Generative NLP Patterns, the Unified Field Theory for NLP and many others.